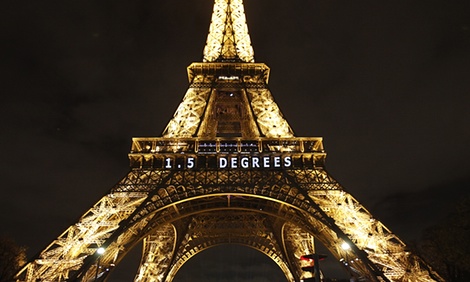 “BOOORING.” You probably feel like you’ve had enough of listening to the different versions of ‘climate change’ campaigns.

After all, it is likely that it won’t affect you directly (unless you live in coastal area or depend your life on productive agriculture). Some others argued that this had all been the Western agenda to limit our development.

Well, I hate it too when environmental activists play God and tell us to hug trees because we need to save the planet. Because the truth is, Mother Earth could take care of itself. It is us—the human race—who needed saving.

Throughout the past 2.5 years of working on this issue, I realized that the problem is so much more complex than ‘using less plastic’ or ‘taking the bus’. It’s about protecting ourselves from a massive species suicide from the way we produce and consume every day. It’s about respecting the poorest and most vulnerable people from the impacts of global warming-induced catastrophes.

Yes, there is politics involved. A lot of it. And then there are ignorants who will get in the way. I used to be somewhat-pessimistic.

But today—eight hours ago to be precise, it all changed. A historic, binding Paris Agreement to limit temperature rise to 2 degree Celcius had finally been reached, and it’s a deeply meaningful pivot point which showed that we left the dark side ever since the last Kyoto Protocol. At the national level, more than 180 countries, representing 98% of global emissions, have officially put forward national climate plans, including Indonesia. We also ditched behind the old-school division of developed and developing nations, admitting that this is a non-exclusive, everyone’s issue.

The homework now is to strengthen this long-term ambition, and making sure that administration cycles do not let new flocks of ignorants to take control and toss away what humanity reached today.

(Not sorry for being emotional about this.)

P. S. Learn more about it from @worldresources or @WRIClimate on Twitter.