After Paris, I think New York is the second most romantic city on earth. Not because of the people, nor of its vibrant streets, but more to the fact that it’s harder to find a true love there. You know, scarcity always results in a higher value. A perfect place for pragmatic individuals who are only prepared to freely fall for their challenging job and not an unexpected partner, but end up to encounter the latter somewhere in their story.

So today, I stumbled upon this image and was helplessly distracted (I actually still have 4 articles and 1 paper to submit, dear God). Without further ado, here goes the product of my thorough investigation (read: Wikipedia searching) of New York’s (Selected) Most Popular Date Spots: 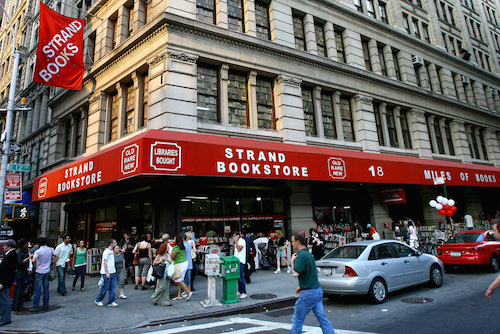 Expected scene: A guy and a girl simultaneously laying hands on the same book, which is–apparently–the last copy available in the store. (Cheesy. Sorry.)

Strand Bookstore is an independent bookstore located in East Village. Its slogan is “18 Miles of Books”. The store is famous among New Yorkers for its giant collection of publishers’ overstock, used, rare, and out-of-print books, as well as the chaos on and around its shelves. 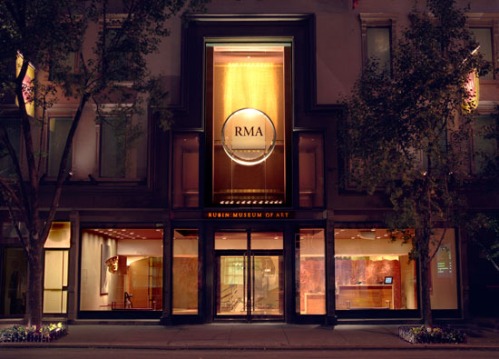 Expected scene: Two geek couple gets struck on a glass cube of a Himalayas heritage, what else?

The Rubin Museum of Art is a museum dedicated to the collection, display, and preservation of the art of the Himalayas and surrounding regions, especially that of Tibet. It is located at 150 West 17th Street between the Avenue of the Americas and 7th Avenue in the Chelsea neighborhood. 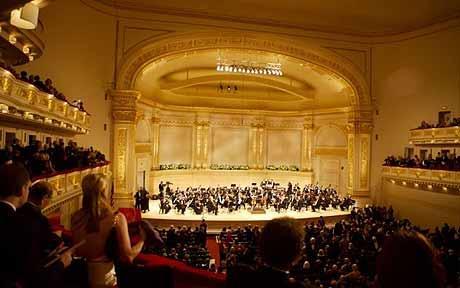 Expected scene: Most plausibly, a violinist dating a pianist who has always been dreaming to have a recital there on their graduation day.

Carnegie Hall is a concert venue in Midtown Manhattan, located at 881 Seventh Avenue, occupying the east stretch of Seventh Avenue between West 56th Street and West 57th Street, two blocks south of Central Park. Designed by architect William Burnet Tuthill and built by philanthropist Andrew Carnegie in 1891, it is one of the most prestigious venues in the world for both classical music and popular music. Carnegie Hall has its own artistic programming, development, and marketing departments, and presents about 250 performances each season.

In the world of chocolate making, there’s the easy way, and there’s the Mast Brothers way. Unlike many chocolatiers who use couverture—discs of pre-made chocolate that can be remelted for confections and bars—Rick and Mike Mast are one of a dozen or so American chocolate artisans who hand make chocolate from cocoa bean to bar. Right now, they make about 200 bars a week in a 200-square-foot commercial kitchen in Williamsburg, ready to be witnessed! 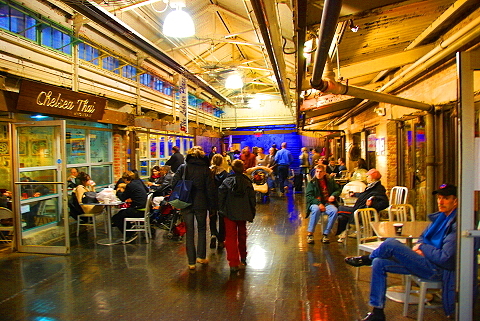 Expected scene: I give up. Any volunteer?

Chelsea Market is an enclosed urban food court, shopping mall, office building and television production facility located in the Chelsea neighborhood of the borough of Manhattan. Built in the former National Biscuit Company factory complex where the Oreo cookie was invented and produced, the 22-building complex fills two entire blocks bounded by Ninth and Eleventh Avenues and 15th and 16th Streets, with a connecting bridge over Tenth Avenue.

I’m so dying to visit these places next year, and I believe that Nico would have the same excitement quo eagerness! New York, wait for our second visit!